She woke to the scent of fresh orange blossoms, ylang ylang, and memories of the evening before. Rolling over she felt the memories as well, her body sore and bruised. Some were red, beginning to turn purple. Others were still invisible but tender to the touch. She knew they’d be surfacing soon, changing colours as they developed then faded away. In the end there would be no sign they had ever existed.

Sally wondered if that would be the way her relationship with Craig would go as well. Would they live these experiences, feel all the feels, then move on with no lasting effects? Would there be no reminders left behind in the end? She used to keep photo albums and scrap books, tangible things she could look through to be reminded should she forget. She had neither of her time with Craig. Their times together weren’t family photo album material. All she had were the bruises and memories while they lasted.

Laying on a massage table in the middle of the dance floor covered in sweets and sauces. Blindfolded. Raspberry and chocolate flowing over her, filling the fjord between breasts and the lake of her navel. Hungry mouths devouring them off her naked body, licking and sucking, nibbling at more than the sweets. Each mouth feeling different than the others. Strangers all of them.

Bending over to suck Craig’s cock. A man coming up behind and entering her. She was surprised when Craig motioned for him to join them, but she did not object. She felt the man quicken his thrusting before slamming into her one last time and grunting as he came. Moments after he moved away another cock took his place. This one thicker, hands rougher. Eyes widened as she looked up at Craig. He smiled, then nodded his approval to several more men before the evening was done.

Wrists and ankles bound in leather and hitched to the St Andrews cross. Once again on display for all to see. He started with the flogger, then moved to a paddle momentarily before making her count the strikes of the cane. Each seemed harder than the previous. Hot welts rising across her ass.

Sally finished her tea and went back upstairs to wake Craig, grabbing a wooden spoon on the way. She would enjoy the bruises and memories while they lasted. 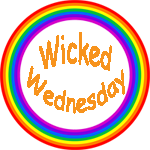