We all have nightmares don’t we? Worries about those horrible things that might happen, that could happen, and even things that are near impossibilities. Dreams of falling off a cliff or drowning in the ocean, even though we live nowhere near either of these places. These nightmares may be based on a real life fear, or they may begin as a nightmare that turns into a real life fear. My nightmare may be a combination of the two.

I have asthma. I find it hard to breathe at times and I’m almost constantly afraid I won’t be able to breathe. A simple cold can wreck havoc when I find myself congested and having to puff on an inhaler several times a day. Going to the dentist will often trigger bouts of anxiety. Between the suction tube that I swear is going to suck the air right out of me and not being able to swallow the fluids that accumulate while my mouth is propped open to help prevent lock jaw, it’s a wonder why I even go in the first place. I can’t even have the dentist knock me out because going under anesthesia triggers an asthma attack all on it’s own. Good thing he’s cute to look at and gives me all the happy feelings when he says, “Good girl,” and tells me I’m doing well. Sigh.

When I was little, about 4 or 5 years old, I had a recurring nightmare that I was drowning. I would wake up gasping for air after a nightmare that had me fighting to get out of a car that had ran off the road and plunged into the ocean. I would get myself calmed down before getting up and moving on to another bedroom with one of my siblings or my parents, just to fall asleep and wake up gasping for air again from the same damn nightmare. I recall it happening about four times that first night. I continued to have the same nightmare periodically until my late teens, and then once or twice since then.

Was the drowning nightmare a manifestation of my breathing problem? Likely. Though I wasn’t officially diagnosed with asthma until I was 10 years old.

Deep-throating. Ball gags. Breath play. These are activities that play into that fear in a very bad way. Thing is, they also tend to play to my masochistic side. A strong had around my neck, squeezing and limiting my intake of air causes me to be both extremely turned on and in near panic. Taking a cock into my mouth, teasing it with my tongue, feeling it grow and respond to me brings me to near orgasm myself. When he tells me to take it all and encourages me with his words I am eager to please. Hearing him tell me he is pleased with his good little girl makes me want to devour every bit of him, but when he pushes his cock to the back of my throat and holds my head still I immediately panic. My throat contracts and my mouth suddenly feels like it isn’t big enough to take even the tip of him in. I gag, my eyes burn, and I push back. I don’t want to push back, to let him down, but I can’t help it. It makes me feel like I back in that nightmare drowning and fighting for air. 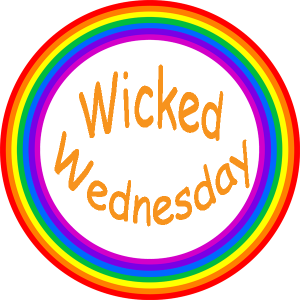 6 thoughts on “My Nightmare Affects My kinky Life”